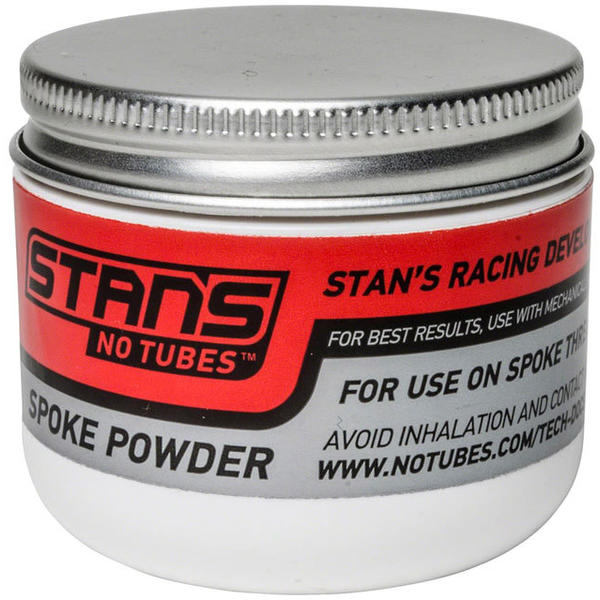 The same spoke thread treatment used by Stan's pro wheel builders is now available to everyone. Stan's SRD Spoke Powder fills the threads of the spoke and functions as both a lubricant during assembly and a thread lock once built. Each bottle contains 24g (.8oz) which will treat approximately 300 wheels. The PTFE powder in Stan's SRD Spoke Powder acts as a barrier, keeping the metal of the nipple from bonding to the metal of the spoke and preventing spoke wind up during build or adjustment. In promoting a smoother turning nipple, the powder also ensures more accurate and consistent wheel builds, with less “ping and pop" during and after the build. The powder also fills the threads of the spoke to act as a thread lock that prevents loosening and de-tensioning and is particularly well suited for mechanically locking nipples such as Sapim's Secure Lock.