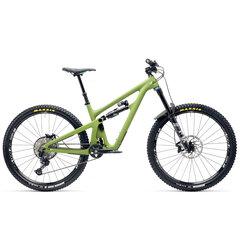 Yeti Cycles SB150 C1.5
$5,525.00 - $7,300.00 $7,300.00 Up to 24% Off
"RACE BRED" IT'S NOT JUST A SLOGAN PRINTED ON THE SB150 TOP TUBE. WE'VE BEEN PINNING ON NUMBERS AND PINNING THE THROTTLE SINCE 1985. UNBRIDLED SPEED. The simple truth is, the SB150 has won more race stages it has started than any other EWS race bike in history. LEVERAGE RATE For some, generating and maintaining speed is an elusive pursuit. When racing against the clock, our curve keeps racers skipping across the top of obstacles with the confidence of knowing there's more travel available, should they need it. A straighter, more linear progression curve means it's easier to tune shocks to pair with the suspension kinematics, and we don't have to rely on damping circuits to compensate. Being able to manipulate the leverage rate without affecting the anti-squat characteristics is unique to our patented Switch Infinity suspension. TUNABLE FOR STAGE DECIMATING PERFORMANCE Richie Rude wins running the same suspension design that comes stock on the SB150. No team only linkage or mods to his Switch Infinity. As personal performance elevates, racers are able to tune the SB150 to carry more and more speed – right up to the top of the box. ANTI-SQUAT Across our line, we have chosen a relatively flat and high anti-squat curve in the beginning and mid-section of travel where pedaling commonly occurs a.k.a. the pedaling zone. This creates an efficient pedaling platform through your entire pedaling zone, as opposed to one single point. After the pedaling zone, there is an inflection point where the Switch Infinity link moves down, dropping the anti-squat drastically. Riders are typically not pedaling in this zone, so chain forces have less of an effect on the suspension's performance. Decoupling of the chain forces allows the suspension to work more efficiently to absorb impacts making the feel of a Yeti distinct. Features: FORWARD BIAS POSTURE Gives racers the room they need, and centers them on the bike. 20MM LONGER TRAVEL FORK Pairs well with our forward-biased frame matching the vertical wheel travel of the rear suspension. SLACKER HEADTUBE Lower bottom bracket, and longer wheelbase. TESTED TO DH STANDARDS High-impact strength, carbon lay-up tuned to go fast and tested to DH standards. 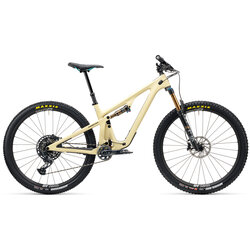 Yeti Cycles SB120 T1
$8,400.00
Forget the numbers. Mute the speculation. Let the other guys invent cute alternatives for "cross country." Steer clear of pigeon holes and limiting beliefs. Strap on your blinders and go get lost. Then decide what the SB120 means to you. And you alone. Definition ready. 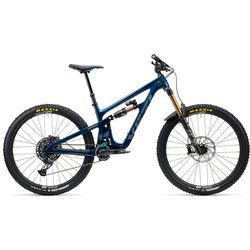 Yeti Cycles SB160 T1
$9,300.00
Upholding a time-tested, race-bred ethos that says nothing should hold a rider back from the sheer joy of untethered speed. Built off one of the most winning race platforms in EWS history, the SB160 is pure race machinery. Honed for more. Be fastest. 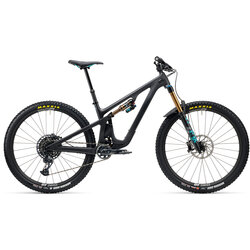 Yeti Cycles SB140 29 LRT1
$9,000.00
Meet the bike in between nothing. Leaving no rider wanting. Master of the climb, the bomb, the rail and the air. The utterly unequivocal. The rule crusher. The trend buster. No rig can rule all, but this one can absolutely rule. The mountain bike. 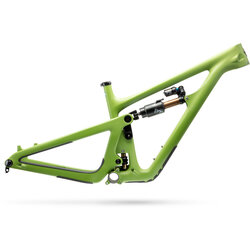 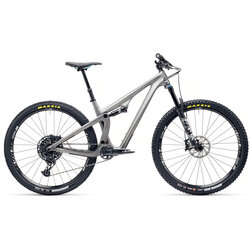 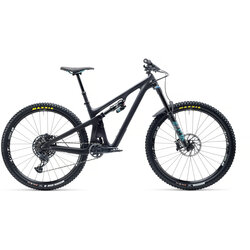