20% off all in stock Santa Cruz 5010 and Chameleon!  Click here for inventory!  Purchase online or in store! 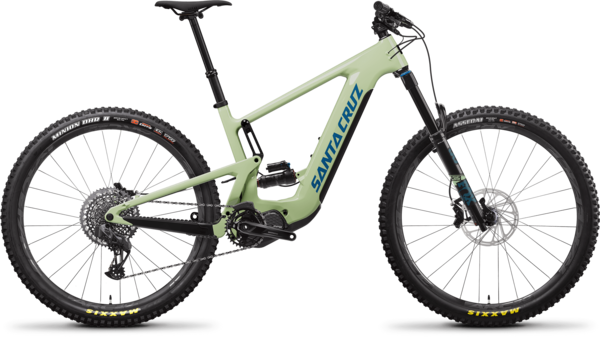 This item is currently not available.

Danny MacAskill just doesn't stop talking about ebikes. He's infatuated with them. In fact, the only time he's not chewing someone's ear off about how good they are is when he's riding them. And when he's riding an e-bike, he rides and rides and rides. Which is partly why we've made the newest Heckler able to go further, higher, faster, and be funner.

Available with mixed MX wheels or as a dual 29er bike, Heckler features a ride-tuned geometry that makes things fun whether going uphill, downhill...or even just flat and fast. Anchoring it all is 150mm of Santa Cruz's legendary Virtual Pivot Point (VPP) suspension that's been paired with a 160mm-travel fork, and tuned precisely for e-bike riding. With slightly less anti-squat to give it glue-like traction on the climbs and poppy maneuverability on the way back down, Heckler smashes the sweet spot for taming big trails on big days.

About those big days...the latest generation of the Heckler comes with a long-running 720 watt-hour interchangeable battery that can be swapped in seconds with just a 4mm allen key. This lets riders expand their own trail map, giving access to previously unreachable trails, unlocking lesser-used trails, and cramming more riding into less time. And when you're riding that much, durability is critical, which is why Santa Cruz sweats the carbon layup and frame design, then backs it up with a lifetime warranty on the frame, bearings, and Reserve carbon wheels

* Subject to change without notice.